A brown Bizen multi-faceted water jar with filed surface, triangular mouth and base, and a triangular wooden lid with ceramic knob

Earthenware with red and silver slip 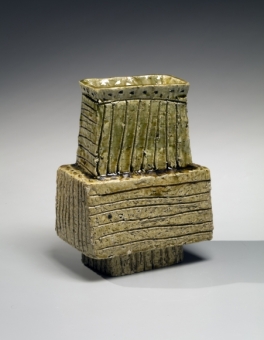 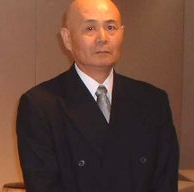 As the leading artist working in traditional Bizen techniques, Mori Togaku has been at the forefront of the Japanese ceramic art world for more than thirty years. He completed an extraordinary large semi-underground climbing kiln, where most of his work has been produced, and is now undertaking the near-impossible task of recreating an even larger Momoyama-style kiln. Influenced by ancient Bizen and its Chinese prototypes, such as Sue ware, he highly values the texture of clay and sometimes combines two or three different kinds of clay to create unique vessels that are both dramatically modern while also reflecting old traditions.