The Area of Black 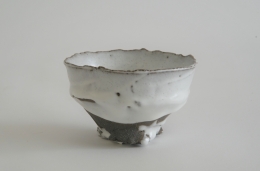 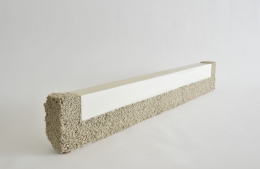 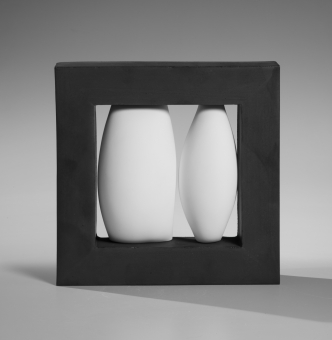 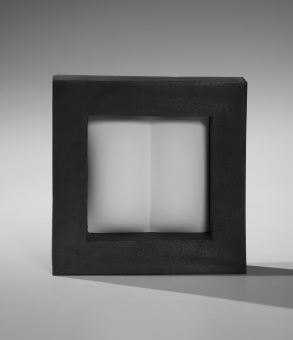 One of the most creative and thoughtful artists working in clay today, Itabashi Hiromi elected to study ceramics at Tajimi City Pottery Design and Technical Center under Itō Keiji (b. 1935) and then apprenticed for two additional years at Itō’s personal studio. In 1980, he returned to Mitaka, Tokyo where he set up his studio.  Soon, thereafter, he began questioning the nature of ceramics.  His encounter with Koie Ryōji (b. 1938) led him to the idea that ceramics are not simply clay hardened by firing but rather objects made appealing through the use of creative processes.  They are, in fact, what remains after firing.  He further realized that any ceramic with a dent in its surface could be considered a vessel.  These conclusions allowed Itabashi to free himself from the preconceptions of ceramics and focus instead on their invisible essence.

Itabashi’s oeuvre is extensive in terms of techniques and forms, but white porcelain and chamotte works became his primary focus beginning in the mid-90s. Using these materials, he explores multiple avenues for producing distinctive shapes. For some ceramics, he first creates a form by injecting concrete into a balloon, then casts a mold from that shape, and finally injects porcelain slip into the mold for a resulting sculpture with smoother lines then he would achieve using a potter’s wheel.  In other  instances, Itabashi succeeds in forming divergent shapes by firing chamotte particles within a framework of glaze. In the firing, the chamotte is covered by glaze.  In his words, it is like drawing a painting with glaze in the confines of chamotte. This  last technique that he calls chuku ( lit. in midair), produces forms never before found in ceramics.