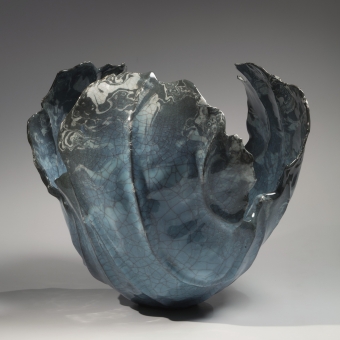 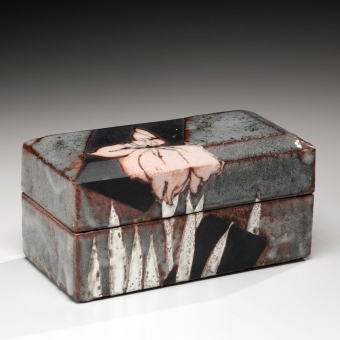 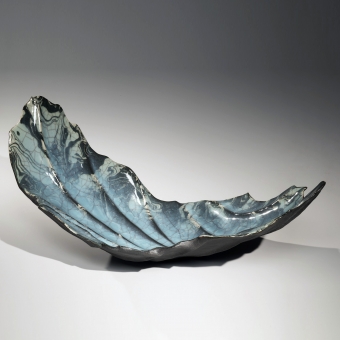 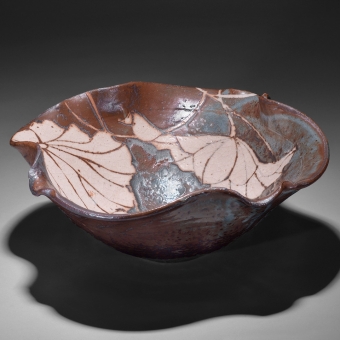 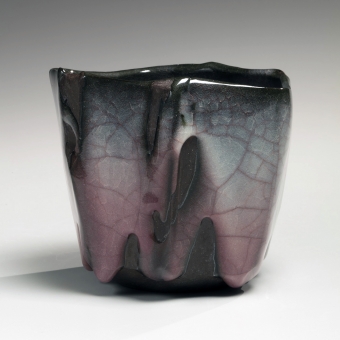 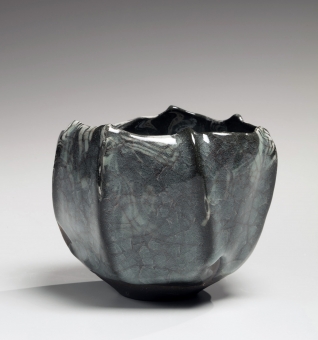 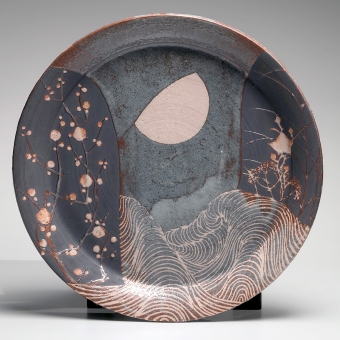 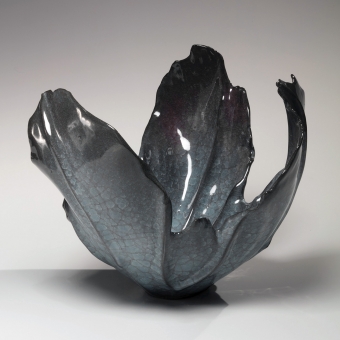 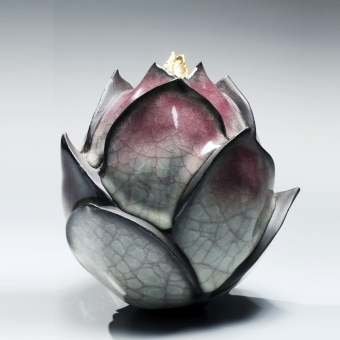 A Pair of Exhibitions featuring:

In our upcoming autumn exhibitions, Joan B Mirviss LTD will explore how two sons, Suzuki Tetsu (b. 1964) and Wakao Kei (b. 1967) successfully navigate the potentially turbulent waters of striving to achieve artistic independence while maintaining their filial piety to and honoring the ceramic traditions of their famous fathers: Living National Treasure, Suzuki Osamu (b. 1934) and Intangible Cultural Heritage of Gifu prefecture, Wakao Toshisada (b. 1933). For these artists, the struggle to break away from tradition has culminated in beautiful works and fresh ideas. Wakao Toshisada recognizes the success of building off of these traditional foundations:

“ When we say “tradition,” it typically evokes a feeling of something incredibly rigid and solemn. Over the course of hundreds of years, those forms, long preferred by the aesthetic sensibilities of people across the generations, contain an inherent beauty that is difficult to resist. And so they persist, eternally unchanging. For an artist, carrying on forever in the shadow of such tradition can be extremely tedious. However, when one adds an element of something new, this ‘tradition’ suddenly begins to gleam.”

All four artists live in Tajimi in Gifu prefecture, often considered the cultural crossroads of Japan as it was here that some of the earliest high-fired ceramics were created. The potters of this region, Mino, have been known since the 16th century for four distinctive glazed wares: Shino, Oribe, Yellow Seto and Black Seto. The elder Suzuki and Wakao both have spent decades working to expand the creative traditions of Shino wares.

Suzuki Osamu was the first ceramicist to fire Shino in a gas kiln. He fires them for a longer time than the traditional wood-fired Shino vessels and cools them slowly to create his distinctive pitted, irregular surfaces. In 1994, only the second ceramist to be so acknowledged, he received the designation of Living National Treasure for Shino ware in recognition of his remarkable glazing and powerful forms, grounded in tradition but totally modern in approach.

Wakao Toshisada has chosen the complicated gray Shino (nezumi shino) as his medium. He combines the classic Shino glaze with a sophisticated form of resist decoration to execute beautiful Rinpa style designs of flowers, grasses, waves and clouds on his vessels. This combination of glaze and imagery with the occasional use of marbleized clay, enables the artist to “breathe an air of modernity” into his classically inspired work. He was appointed as an Intangible Cultural Heritage of Gifu prefecture in 2003 for his re-interpretation and expansion of Momoyama era-inspired gray Shino glazing.

Both sons began their ceramic endeavors at a much later age than their fathers. Suzuki Tetsu studied art history with the goal of becoming a museum curator while Wakao Kei studied photography. However, after university, each artist returned to the world of clay. Suzuki Tetsu, in fact, moved back into the studio complex where his father works. Like his father, he chose to remain within the Mino tradition but separated himself by working with Oribe rather than Shino glazes. Using a uniquely gradated Oribe green-glaze on his carved and banded vessels, the artist expresses the “brilliance, vibrancy and strength of young leaves”.

Wakao Kei, unlike Suzuki Tetsu, chose to depart from the Mino glazes employed by his father, Toshisada. He became fascinated by Chinese Song ceramics and after making a careful study of Ding (white) and celadon wares, he began creating his own vessels with glazes derived from that tradition. His craquelure ivory and crystalized blue-gray celadon ceramics are occasionally adorned with highlights of gold-overglaze decoration. He intentionally leaves portions of his dark gray sculptural bodies unglazed to enhance the continual play of light and shadow across his forms. According to the artist, his viscous glazes emulate “the flow of water or the movement of air”.

In the words of writer Jeffrey Hantover, all four men have proven that:

“For some artists, tradition can be a narrow path. The achievement of previous generations can stifle rather than inspire. For Wakao Toshisada and Suzuki Osamu, tradition has been a springboard for innovative and contemporary forms and glazes. Their sons did not rest on their fathers’ laurels. They are carving out distinct paths and, in the best examples of filial piety, bringing honor to their fathers by achieving honor for themselves.”

Fathers and Sons: Suzuki Osamu and Suzuki Tetsu opens on September 15, 2020. Fathers and Sons: Wakao Toshisada and Wakao Kei opens October 6, 2020. The public may visit both exhibitions virtually on our website or by appointment at our gallery location. There will be two Zoom panel discussions, one for each show. The first discussion, for the Suzuki family, will take place on September 17 and the second, for the Wakao family, will be held on October 8. There will be well-known academic and curatorial panelists joining us for each presentation. The starting time for both is 5pm, and the public is invited to join us for those discussions.

Joan B. Mirviss has been a distinguished expert in Japanese art, specializing in fine art and ceramics for more than forty years. She is the leading Western dealer in the field of modern and contemporary Japanese ceramics, and from her New York gallery on Madison Avenue, JOAN B MIRVISS LTD exclusively represents the top Japanese clay artists. As a widely published and highly respected specialist in her field, Mirviss has advised and built collections for many museums, major private collectors, and corporations.