Round tsubo (vessel) decorated with splashes in indigo blue glaze 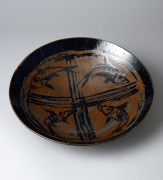 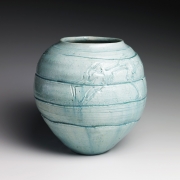 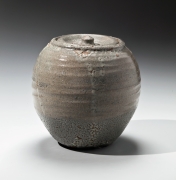 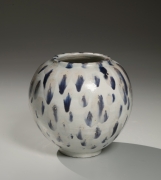 Chanoyu
Teaware of Japan A Virtual Exhibition. Online only. July-August 2020 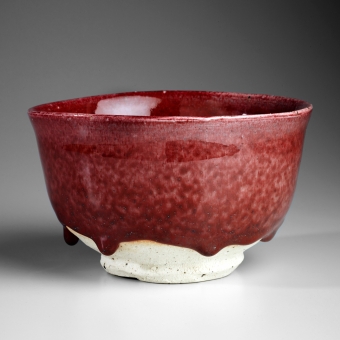 Born into a wealthy family, Ishiguro Munemaro was surrounded as a child by his father’s (an amateur potter) collection of antique ceramics. Upon returning from military service in Korea in 1916, Ishiguro began studying the Chinese language and ceramics. He eventually settled in Kyoto in 1927 and opened his kiln in the city’s ceramic center, Higashiyama, where he befriended the important Koyama Fujio, an amateur potter and scholar of Chinese material. Ishiguro also became a noted collector and scholar of Chinese Han and Song dynasty ceramics, notably perfecting the difficult technique of the persimmon tenmoku glaze. Ishiguro’s non-traditional work, marked by powerful potting and bold, vigorous designs, earned him the designation of Living National Treasure in 1952. After his death, he was honored in 1968 with a solo exhibition at the National Museum of Modern Art, Kyoto.