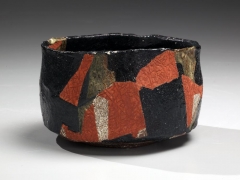 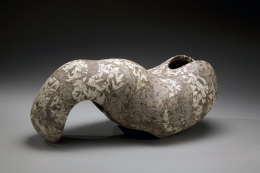 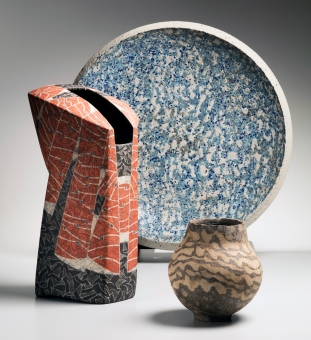 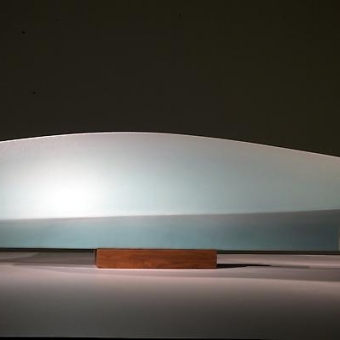 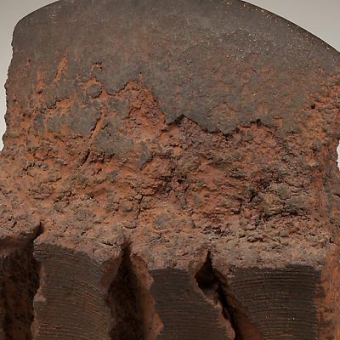 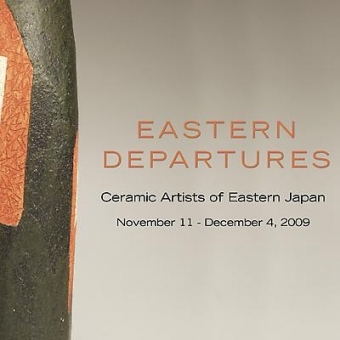 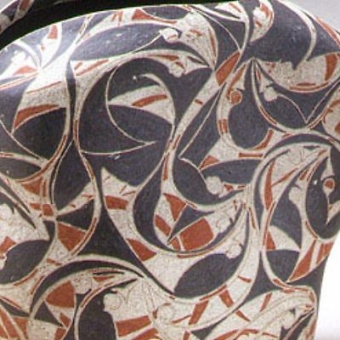 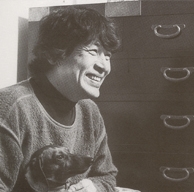 As a student, Wada was heavily influenced by his teacher Tomimoto Kenkichi (1886-1963). Wada’s techniques include a variety of decorative styles, such as black and white inlays, wax-resist, carving, under glaze, blue-and–white (sometsuke), and blown-on glaze. Moving from Kansai to Ibaraki Prefecture and into the ceramic town of Kasama enabled him to break free of more traditional aesthetics and develop his own repertoire of motifs and techniques more closely aligned to the work of Kamoda Shoji (1933-1983). For many decades he has been the most widely sought-after Japanese artist working with polychrome decorated surfaces. His sudden and early death in 2008 has left an enormous hole in the world of contemporary Japanese ceramics.